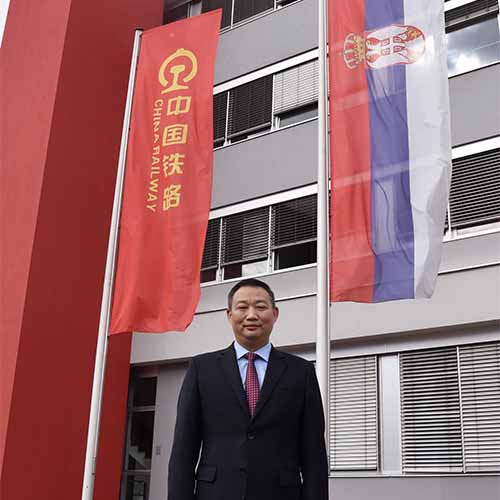 Dr. Hu Xiaoyong（born in 1970）is the General Manager of the EPC Contractor of Hungarian-Serbian Railway Serbian Section Project. He is also the guest professor of School of Civil Engineering, and Chairman of Postgraduate Responding Committee for MPM and MBA Degrees of School of Economics and Management, Wuhan University, China.

As one of the leading figures in China Railway, Dr. Hu has been selected as an Outstanding Scientific and Technological Worker Nationwide. Dr. Hu has been actively promoting the use of advanced science and technology in railway construction field and made some remarkable achievements, which bring to the society with economic booming and social benefits realizing. He has achieved 13 independent innovative technologies while carrying out national railway projects, and 4 of them have reached the international level, 16 patents have been declared. These technologies have been applied in major national projects.

With the rich experience in railway construction field and high level of project management skills, Dr. Hu is now presiding over and promoting the construction of the flagship project of China-Central Eastern European Countries Cooperation, the Hungarian-Serbian Railway Serbian Section Project. This project is of great significance to carrying out Chinese government “One Belt and One Road” initiative, deepening the China-Centre Eastern European Countries Cooperation and promoting the common economic development.