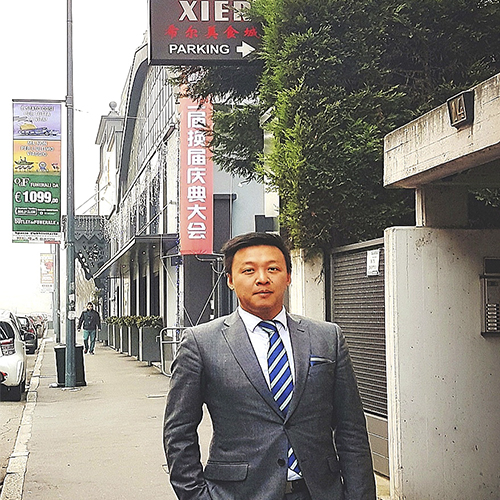 Mr. Zexi Zou is the Deputy General Director of CRBC&CCCC Sebria Branch and the responsible person of development the Serbia-China Industrial Park. He has been working for CRBC for 14 years including 5 years in Pakistan and 9 years in Serbia. He worked as the Deputy Project Manager of KKH Improvement Project in Pakistan which is known as one of the most difficult infrastructure project in the world because its natural conditions. He worked 4 years on the Mihajlo-Pupin Most as project manager. Mihajlo Pupin Most is the first infrastructure project conducted by Chinese company in Europe as is well-known as the bridge of friendship between Serbia and China. From 2015, he is the responsible person for Serbia-China Industrial Park and will be the Director of the project company for the implementation of the industrial park.

CRBC is among the largest engineering and construction firms globally, and operates from more than 60 branches and offices throughout Asia, Africa, Europe and the Americas. CRBC has played a key role in the design and construction of both Greenfield and Brownfield infrastructure projects, and the development of industrial park. Currently, CRBC has six branches in the Central Eastern Europe which include Serbia, Montenegro, Croatia, Belarus, Ukraine, and Turkey, with its regional center in Serbia.

He is experienced in the field of infrastructure and industrial park, and familiar with the mechanism of the cooperation between China and Central Eastern Europe countries.