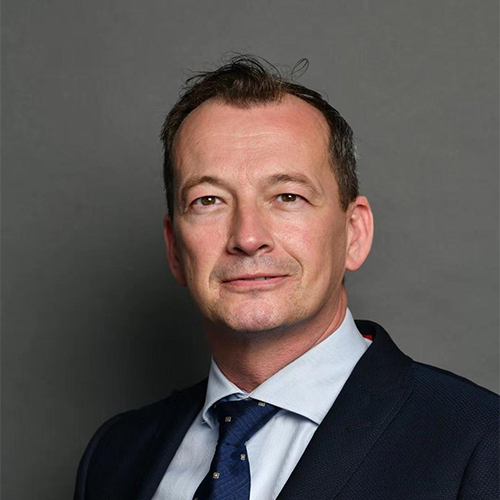 Mr. Diender is considered a blue ocean strategist for Huawei Enterprise and frequent speaker at events around the world. Adept on a range of subjects, from big data to safe and smart cities, to enterprise solutions. Not a salesman, not a technologist. A Tech strategist, accustomed to larger concepts. In 2017, Mr. Diender introduced the Intelligent Operations Center (IOC) as the Brain and Nervous System for Smart Cities. In 2016, Mr. Diender initiated First Safe Then Smart, as a principle for safe city to smart city transformation. He developed and launched Secure Converged Communications in Europe in 2005. He pitched and sold one of the 1st IP-communications platforms in the Dutch market in 1998. In 2019, Mr. Diender developed and introduced the Universal Framework for Smart City Construction via the principle of Rubik’s cube. He has been globally involved in several (government) initiatives and programs; scaling from small up to medium and large roll-outs across the value chain. Mr. Diender is experienced in bringing to-market concepts and solutions for Smart City/Safe City and eGovernment, including Collaboration-enabled Business Process (CEBP), Big (Video) Data Analytics, and the Economics of Smart Cities. At the end of 2011 Mr. Diender joined Huawei to help establish the Industry Solution Sales practice for the WEU region. He became spokesperson to global analyst organizations and international media in 2013. Mr. Diender is a coach and mentor to new recruits and employees and a part-time lecturer in Huawei University. Mr. Diender is a contact to non-profit boards, standardization bodies and advisory councils (eg. UN-Habitat, ABAC and WEF). In 2015, Mr. Diender was appointed CTO in the UC&C Marketing and Solution Sales department in Huawei Headquarters, in Shenzhen. He is awarded Most Valued Professional (MVP) in Huawei Enterprise. In 2016 he became Vice President of the Government & Public Sector Business dept. Since 2018 he is vice-leader of the Marketing & Solution Sales dept., High Level Executive Communications Leadership Team. Mr. Diender currently holds the position of Chief Digital Transformation Officer in the Enterprise Business Group, where he helps customers and partners with business growth, innovation and their digital journey, focusing on Smart City/Safe City Economics, eGovernment and Government Cloud, Big Data Analytics and Digital Transformation for Smart Cities, leveraging the Universal Framework for Smart City Construction.